Home > Case Studies > I Started a Business in Retirement: A Case Study

I Started a Business in Retirement: A Case Study 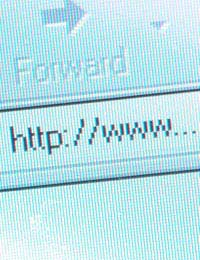 Having started a business at the age of sixty-nine, Ron Woodham (now almost 72) is living proof that you don't have to be young to get a successful business off the ground. Here, he shares his experiences of becoming a business owner in retirement.

After managing several companies during his working life, you could forgive him for wanting to put his feet up and enjoy a peaceful retirement. Instead, Ron decided that the time was right to venture into the world of Internet entrepreneurship. His decision was at least partly based on financial factors: “My wife and I have a joint income from state pensions, as well as two private pensions. However, in the years since I have been retired our bills have risen by 25% and our pensions have risen by 2%. If you do the maths, we’re a lot worse off now than we were a few years ago – and, where we used to go abroad two or three times a year, we found ourselves struggling to afford even one holiday a year, to see our son and his family in Spain”.

While searching for a way to make some extra money during his retirement, Ron stumbled across several hurdles. He was understandably reluctant to do poorly paid work stacking shelves or packing bags, and began to look towards the Internet as an alternative option.

While conducting research for his business, Ron discovered that there was a definite niche in the market: “There was a lack of simple, clear, non-technical information about how to construct a website, create your own business and promote it”. Seeing a great opportunity for success, he created his own guide offering advice on the mastering the very basics of web technology. To promote and sell the guide, he set up a website.

The Benefits of Internet Businesses

Just four months after coming up his business concept, Ron had made his first sale. That was over two years ago, and the business has been bringing in a steady income on an average of just four hours work per day and working only four days per week. While his Internet business won't make him rich, he is happy that he doesn't need to spend long hours to achieve success: “I don’t want to spend every day at the computer; I just want a comfortable life. I’ve always loved helping people and using my brain. The Internet gives me the freedom to utilise the experience I’ve built up over the years, and make some money. An Internet business is the perfect vehicle for me. My friends (who are also in their 60's and 70's) have seen what I’m doing and, not surprisingly, want to get in on the act.”

Ron has some advice for others who are thinking of starting up their own business in retirement. He says, “Don't expect overnight success, as you need a solid business plan and hard work before success arrives. Do your research to avoid falling victim to scams or 'get rich quick' schemes. I've tried them and lost money as a result. Finally, don't force your product onto people”.

Over the past year, his business has taken off to the extent that he is now choosing to wind things down and views it as more of a hobby than a business. He runs two 'live' online training sessions per week to pass his skills onto others. This involves demonstrations using his own computer while his users sit at theirs, enabling them to learn from Ron in the comfort of their own homes.

Living with Arthritis: A Case Study